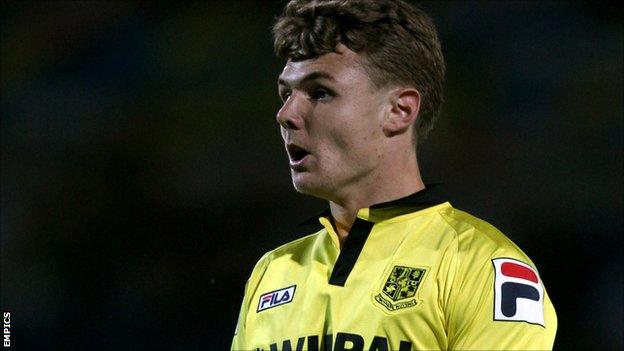 Max Power's spectacular effort helped Tranmere Rovers bounce back from a goal down to beat Crewe Alexandra and end their three-game run without a win.

Brad Inman got his third goal in as many games when he fired into the top left corner after fellow loan man Lauri Dalla Valle fed the ball into his path.

Rovers sealed the points when Power curled home his second of the season.

Victory keeps Rovers in the automatic promotion places, two points behind Sheffield United who were 3-0 winners at home against Scunthorpe.