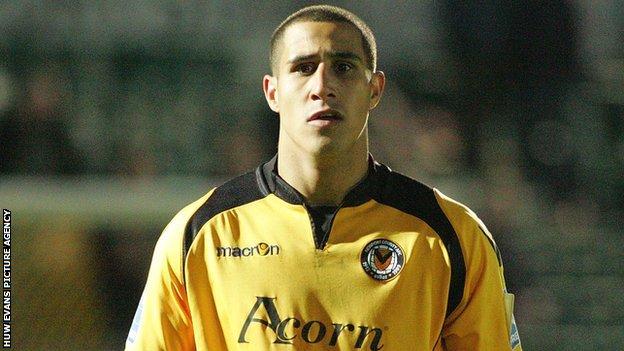 Newport County kept up the pressure on Blue Square Bet Premier leaders Grimsby Town after coming from behind to win at promotion rivals Forest Green Rovers.

Steve Brogan put Rovers ahead from Chris Stokes' cross on the left byline.

Ryan Charles, cutting in from the right, then put County ahead before Rovers' Jamie Turley was sent off after being shown a second yellow card.

"We were the better team, we've had all the chances.

"I cannot fault any member of my team for the effort they've put in.

"We've had strong appeals for penalties, balls kicked off the line, it just wasn't our day today."

"I thought we were very professional and solid in the first half but had a disasterious start to the second half.

"It took one or two good saves by the goalkeeper to keep it at 1-0 but we showed good character.

"We were a bit fortunate with our first goal, but the second one to win it was a top draw finish."