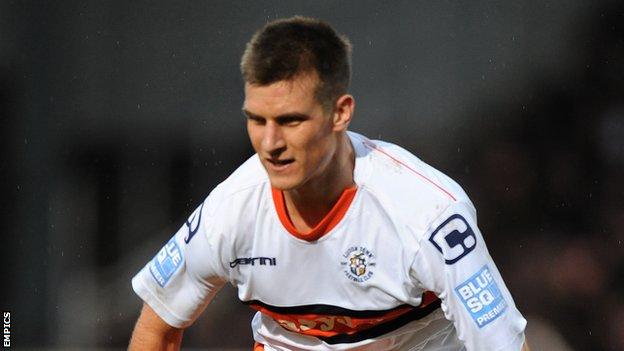 Janos Kovacs headed home Jake Howells' inswinging corner to put the Hatters ahead, before Jon Shaw doubled their advantage with a neat finish.

Joe McNerney gave the visitors hope of a comeback on 71 minutes when he fired home the rebound after Mark Tyler could only parry Gavin McCullum's effort.

But those hopes were extinguished through Scott Rendell's penalty, after Mark Ricketts felled Alex Lawless.

"I knew it was always going to be tough and you know that and respect that.

"Luton were the better side in the first-half and deservedly took the lead. I thought if we were 1-0 down at half-time were certainly in the game.

"In the second-half we changed our formation and within thirty seconds of changing it we got back to 2-1 and the game had changed."