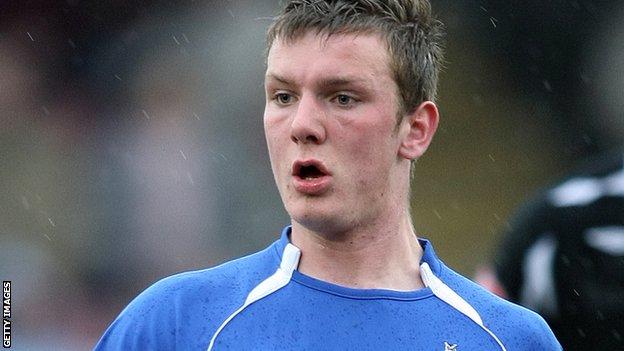 Midfielder Aaron Chambers, 21, was taken off the field on a stretcher following the incident and Watson said the injury had marred the victory.

"The two managers both said the same - it was a cowardly, shocking challenge," Watson told BBC Radio Merseyside.

"The gash was horrific and you could see the pain he was in. It has taken the gloss off a really hardworking performance."

Although he has not suffered a broken leg, Chalmers will require an operation on his calf and may also need plastic surgery.

The club says he will not be allowed to return to full training for at least six weeks.

Southport, who beat the Hatters 3-1 with goals from Karl Ledsham, Shaun Whalley and Chris Almond, will face King's Lynn in the last 16 in January.