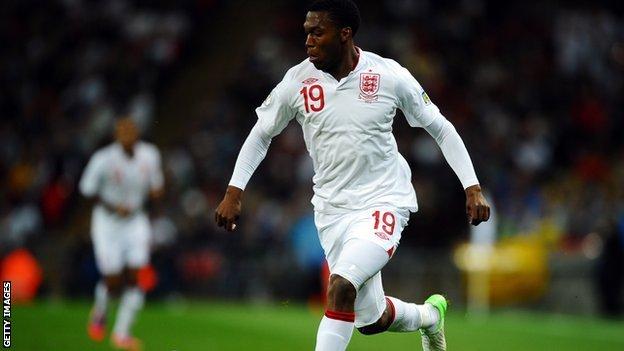 Liverpool are closing in on the signings of Chelsea striker Daniel Sturridge and Blackpool winger Thomas Ince.

England forward Sturridge, 23, is expected to cost in the region of £12m.

Ince left Anfield 18 months ago under previous manager Kenny Dalglish but is set to move back for £6m.

Neither player has finalised personal terms but Liverpool are hopeful both deals can be completed in the first few days of the January transfer window.

Liverpool have put a deal in place with Chelsea for Sturridge, who has fallen out of favour with the London club.

The former Manchester City striker has only made seven league appearances for Chelsea this season, scoring one league goal against Tottenham in October.

His last league appearance for the Blues was in the 2-1 defeat by West Bromwich Albion on 17 November - Roberto Di Matteo's final league game in charge of the club.

Sturridge has not featured since Rafael Benitez arrived at Stamford Bridge, due to a hamstring injury.

Liverpool manager Brendan Rodgers is an admirer of Sturridge and tried to sign him on loan in August, but the Chelsea frontman wanted a permanent move.

Liverpool are currently 12th in the Premier League, with only 23 goals - 10 of which have been scored by Uruguay striker Luis Suarez.

Rodgers is keen to add to his striking options after letting Andy Carroll join West Ham on loan in August and then missing out on former Fulham striker Clint Dempsey on deadline day.

Ince, the 20-year-old son of former Liverpool midfielder Paul Ince, came through the academy at Anfield.

He has scored 13 goals for Blackpool in the Championship this season and attracted the attention of his former club who let him go to Blackpool for a compensation payment of £250,000 in August 2011.

Ince made one first-team appearance for Liverpool, coming on during extra time of Liverpool's league cup defeat by Northampton in September 2010.

The winger has five England under-21 caps.

Rodgers has put his faith in youth this season with Raheem Sterling, 18, a regular starter and 19-year-olds Andre Wisdom and Suso also featuring in the Liverpool first team.