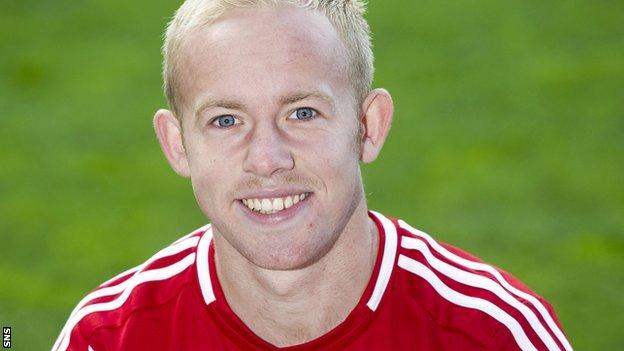 Aberdeen midfielder Nicky Low has extended his contract at Pittodrie until the summer of 2013.

The 20-year-old is on loan at Alloa Athletic until the end of December.

"I'm delighted to be staying and really looking forward to fighting for a place in the squad when my loan ends," Low told the Dons' website.

"I was on loan at Forfar last season and now Alloa but the message has always been that there is a place for me at Aberdeen."

All four of Low's Aberdeen appearances have been as a substitute, having made his debut in January 2010 and spent most of last season at Forfar Athletic.