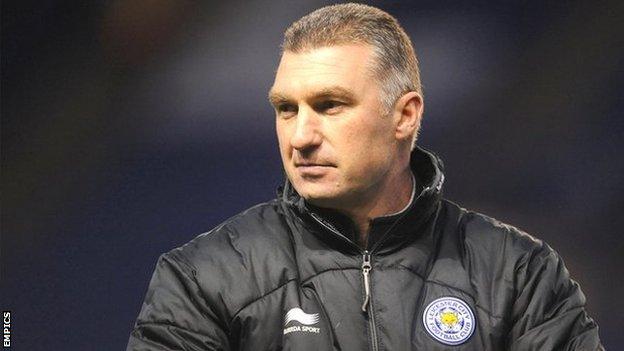 Leicester City manager Nigel Pearson is looking to sign one or two more players when the January transfer window opens.

But Pearson, whose side lie fifth in the Championship table - five points outside of the automatic promotion places - refused to be drawn on names.

"Speculating on deals that may or may not be done is not something I like to do," he told BBC Radio Leicester.

"We are talking about other club's players. Until deals are over the line I will not be tweaked on that one."