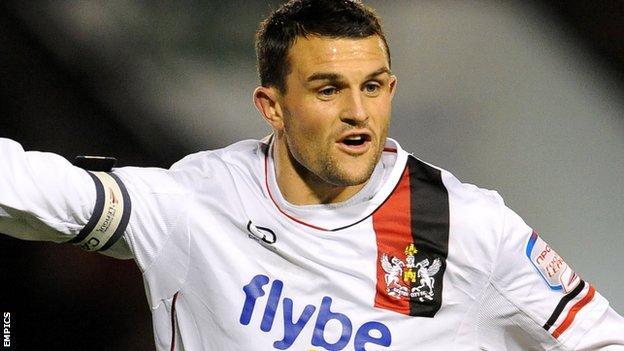 The clubs meet on Saturday for the first time since Exeter scored four goals in the last 20 minutes to beat Torquay 4-1 in their Conference play-off semi-final second leg in May 2008.

"At the end of the season I think we'll both be there or thereabouts," he said.

"For me, the team that finishes higher out of the Devon teams will go up."

Tully has been with Exeter since January 2007 and is the only survivor from the team that last played the Gulls.

"I can see us both being in the play-offs again," Tully told BBC South West Sport.

"They've had some great results this season and it's all about consistency in this league.

"If we get the consistency we'll be up there fighting for promotion."