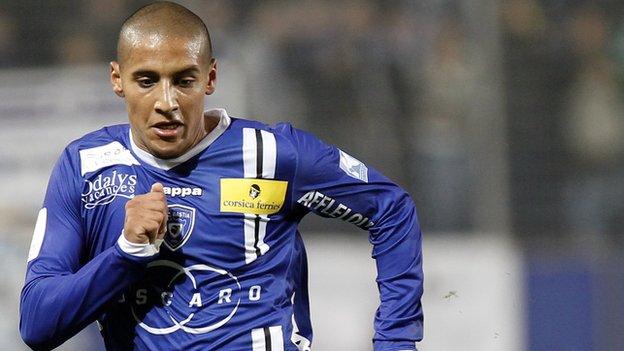 Uncapped France-born midfielder Wahbi Khazri has been included in Tunisia's initial 25-man squad for next month's Africa Cup of Nations.

The 21-year-old switched international allegiance, after playing for France Under-21s, in time to be included for the tournament in South Africa.

Tunisia coach Sami Trabelsi will have to cut two players from his selection by the 9 January deadline.

The tournament starts on 19 January and goes through to 10 February.

Trabelsi has retained 14 players from the squad that reached the quarter-finals of the last edition of competition in Equatorial Guinea and Gabon.

The major absence is French league-winning midfielder Jamel Saihi of Montpellier, who is sidelined with a knee injury.