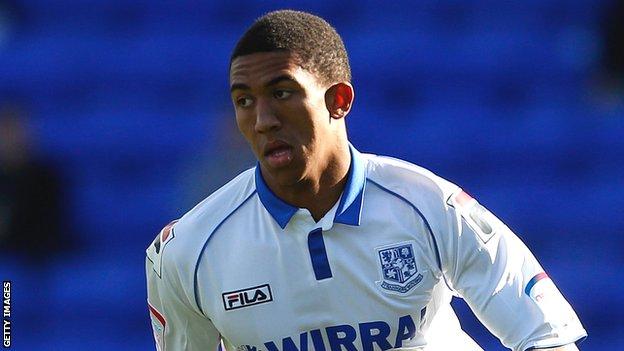 Sheffield Wednesday midfielder Liam Palmer is set to remain on loan at Tranmere for the rest of the season.

"We've spoken to Sheffield Wednesday and we're hopeful that, very soon, it will be agreed that he'll be here until the end of the season," said Moore.

"He's been fantastic and he's got a little bit of freedom now that James Wallace isn't playing [because of injury].

"He's got himself forward, although there's no reason why he can't do that when Wallace plays. When he's played with Wallace, he's tended to be the one that's sat in midfield and let Wallace dictate, but they're both decent players."

Palmer has played 24 times for Tranmere, who are top of the table on goal difference and face seventh-placed Swindon at the County Ground on Friday evening.