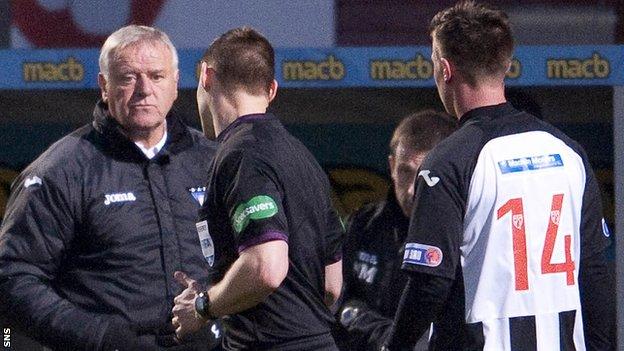 Dunfermline Athletic manager Jim Jefferies insists that the First Division club's players did not go on strike on Wednesday.

But he confirmed that players were sent home from training after the club failed to meet a deadline on the payment of salaries.

"I took the decision to send the players home so to say they had gone on strike is wrong," he told BBC Scotland.

He also confirmed all staff salaries have also been paid up to date.

"Yesterday was not a day for full training anyway, but the situation was resolved last night and everyone is in today preparing for next week's match against Falkirk."

He said that some players had been left with no petrol for driving to training after their .

Jefferies was speaking as the players finally received their November salaries, with their December wages being due to be paid on 30th of this month.

Dunfermline do not have another fixture until Wednesday's derby visit by Falkirk.