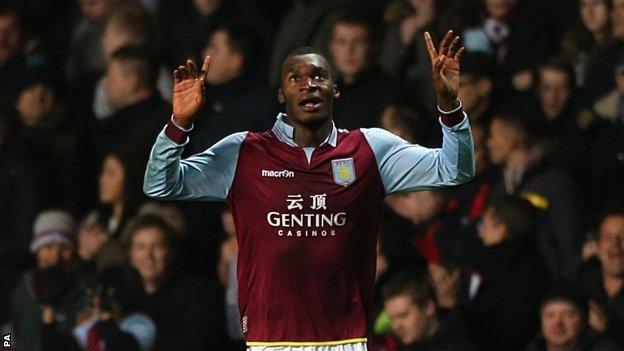 The 22-year-old, who has scored eight goals in 17 appearances this season.

His form has sparked speculation that he could be a January transfer target for other Premier League clubs.

However, Lambert said: "There's no point in us being here if it's a case of bringing people in and then letting them go."

But Lambert, who believes Benteke's potential is "frightening", continued: "We're trying to build something here which can take a few years and you need good players to achieve that.

"There's no point in them coming for half a season or a year and then we let them go."

Benteke was instrumental in last Saturday's 3-1 win at Liverpool, scoring two and setting up the third.

Three of his goals have come in the Capital One Cup to help Villa reach the semi-final, where they will play League Two side Bradford over two legs in January.