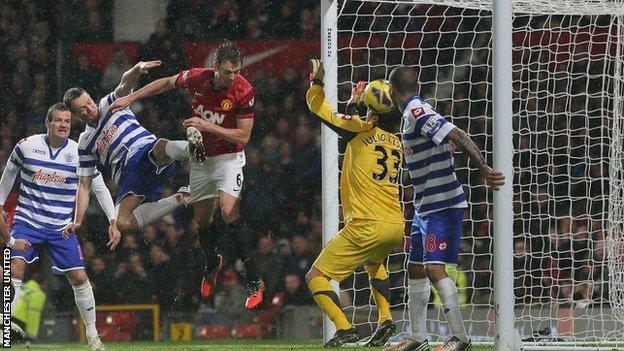 The defender, 24, whose contract had 18 months to run, has made 15 appearances for the side this season.

United manager Sir Alex Ferguson said: "Jonny has risen through the ranks to become an integral part of the first-team squad.

"He has developed into a top player for us and scored a couple of important goals this season too. I am delighted he has signed a new contract."

The Northern Ireland international has made 141 appearances for United since his debut in September 2007 after coming through the Old Trafford ranks.

Evans said he was delighted with his new deal.

"I have always felt that this is the right club for me," Evans said.

"I have come through the academy and developed as a player with the help of all my team-mates, the manager and the coaching staff. I would love to play here throughout the rest of my career."