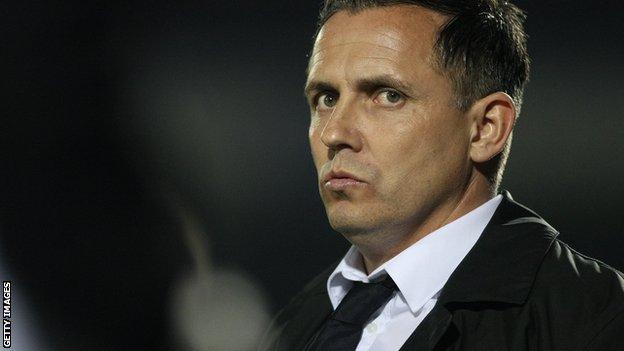 Luton Town manager Paul Buckle has confirmed his interest in two wide players ahead of the Hatters' Blue Square Conference fixture at Telford.

Wimbledon's Christian Jolley and Crawley's Scott Neilson are the players Buckle is keen to add to his squad.

Buckle told BBC 3CR: "We've not got an out and out winger at the club.

"Scott is someone I have seen affect a lot of games and Jolley is also someone that along with two or three others we like and is available."

Jolley, 24, has spent time out on loan at Newport County, where he scored five goals in five appearances before being recalled by his parent club.

Buckle continued: "There are a number of games in a short space of time, so there could be one or two other areas we are looking at, but certainly the wide area might be the priority at the moment."