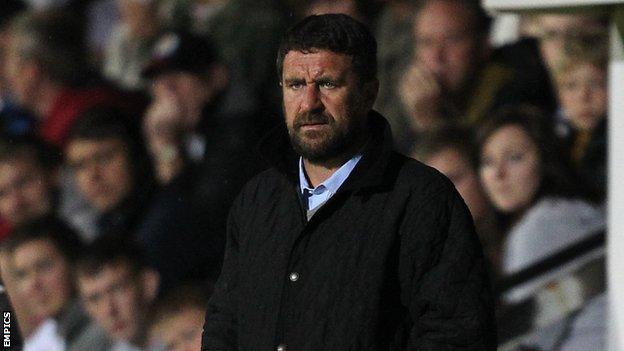 The Stonebridge Road outfit, who lie 22nd in the table, have five games in the next two weeks.

We need to get players back [from injury] as quick as possible and then the squad looks totally different. But you can't force the issue

Daish told BBC Radio Kent: "Every game is important and an opportunity to get out of where we are at the moment.

"The league is very tight down there and it can change very quickly. That's what we have to remember."

The 44-year-old believes a couple of positive results could move his side away from danger.

"If you look back, we've lost our last two games - at home to Cambridge and Mansfield away," he said.

"Although it seems a long time ago, it wasn't too long ago we drew against Grimsby and went away and beat Macclesfield.

"It shows you how quickly things can turn. They can turn for the worse or for the better."

Fleet were not in action last weekend because of their earlier exit from the FA Trophy and Daish said the team had benefitted from having time to regroup, although injuries in the squad remain a concern.

"It's been a difficult month. We've been trying to get players fit. We had a few key players out injured, so we have been gearing up," he added.

"We need to get them back as quick as possible and then the squad looks totally different.

"We need the players back but you can't force the issue."