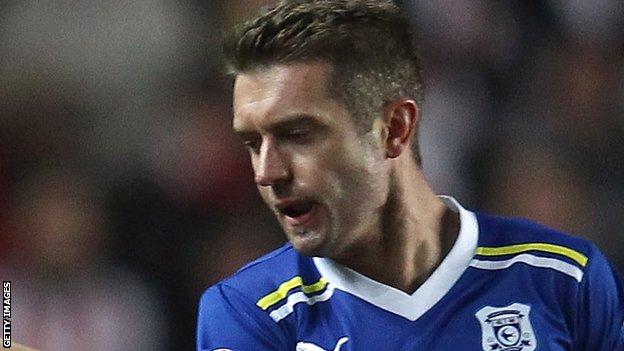 McPhail joined Cardiff in 2006 but illness and injuries have blighted the former Republic of Ireland international's career.

The 33-year-old has even if he has to call time on his playing career.

"It's something that we would sit and discuss," Mackay said.

Stephen's part of everything that goes on at this football club

"He's someone I've got a lot of time for and has certainly got the makings of someone who could go into the other side of football.

"That's something Stephen will have to decide come the end of the season."

Although he hopes to prolong his playing career, McPhail wants to continue his association with Cardiff even if he decides to hang up his boots.

McPhail's only appearance for Cardiff this season was the Capital One Cup defeat at Northampton in August in which he suffered a hamstring injury.

The Irishman says he is ready to return but Mackay says McPhail will not be rushed back into action.

"We monitor Stephen every week. He's [played] some reserve games which is great," Mackay added.

"Fortunately we've got quite a strong bench right now so that dictates things as well but Stephen's part of everything that goes on at this football club."