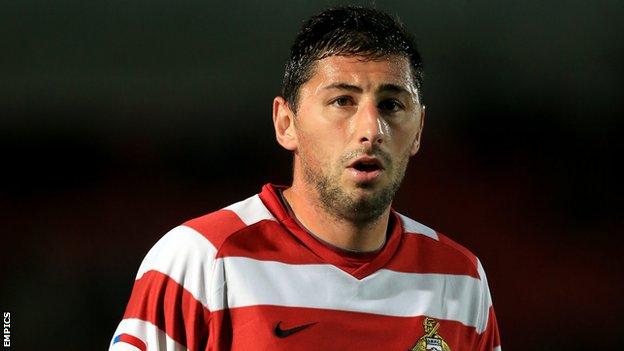 Doncaster won at Preston to make it two consecutive victories and continue their push for promotion.

David Syers gave Rovers the lead when he turned David Cotterill's low corner in off the crossbar.

Cotterill made it two when he curled a free-kick into the top right corner from out wide on the left.

Billy Paynter scored the third from the spot, sending keeper Thorsten Stuckmann the wrong way after Will Hayhurst brought down Kyle Bennett in the area.

"We played really well, especially in the first half.

"The first goal was from a corner we had worked on and the second was something we worked on with David Cotterill - I didn't expect him to put it in the top corner, but it was a great delivery.

"In the second half they forced us back and we tried to catch them on the counter-attack.

"We probably could have got more."