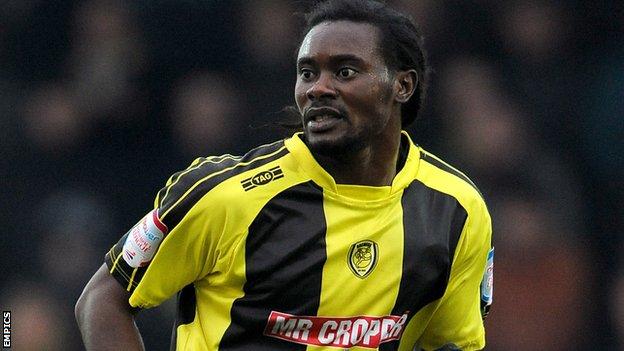 Calvin Zola nipped in for his 11th goal of the season when a free-kick eluded Shrimpers defender Ryan Cresswell.

The visitors had plenty of possession but little fell for them in the box and the home side doubled the lead when Lee Bell's 25-yard shot was deflected in.

Albion's Nathan Stanton was sent off for a second yellow card but they held on for a third successive home win.

Southend, who came from 2-0 down to salvage a point against Bradford City two weeks ago, never looked like repeating the feat, but remain fourth in the League Two table going into the new year, with Burton climbing one place to seventh.

"I thought we were magnificent today in terms of our effort and our work-rate and we've created some good opportunities.

"You know you're not going to create as many as you like to against a team like Southend.

"I don't think they've conceded an awful lot of goals in the last 10 games and they've been on a fantastic run. But we've proved again that if we're on our metal and we do the right things and we work hard as a team we'll cause anyone trouble."