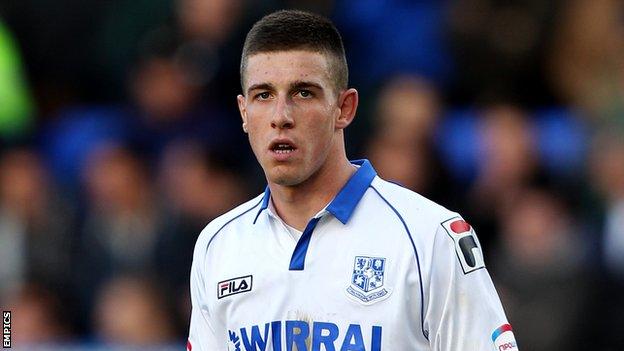 Tranmere's win over struggling Scunthorpe sent them back to the top of League One.

Andy Robinson went close for Rovers when his free-kick floated over after he was fouled by Andy Barcham.

They took the lead when Cole Stockton turned in the rebound from close range after Ash Taylor's header from Robinson's corner was saved.

Barcham had a chance to equalise but shot high and wide when Tranmere keeper Owain Fon Williams was off his line.

"You watch the game and you can see that we put in a really spirited performance today under the circumstances, when we've thrown it together.

"The players have come in and had a real go.

"I like to see the players disappointed but I think the majority of the game today was what we needed.

"It was a hard fought, spirited performance but the downside was we didn't really have a cutting edge up front.

"You can't knock the effort the players have put in today and I think we should have got something out of it."