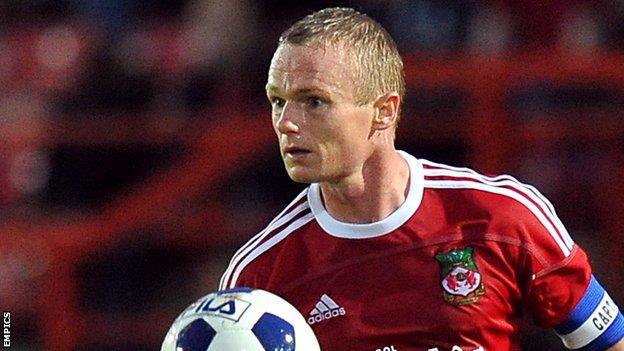 Wrexham twice surrendered the lead and had Dean Keates sent off as Tamworth earned a draw.

Brett Ormerod put the home side in front, pouncing after Neil Ashton's shot came back off the post.

Danny Wright restored Wrexham's lead from Ormerod's cross despite Keates picking up his second booking for a foul on Peter Till, but Scott Barrow's late free-kick gave Tamworth a point.

Wrexham manager Andy Morrell told BBC Radio Wales: "It was a tough game but I didn't think it was a sending-off, it's changed the game.

"The first 10-15 minutes we were outstanding and we could have been two, three, four up but we get the goal and then sloppily let another one in afterwards that gives them a bit of a lift.