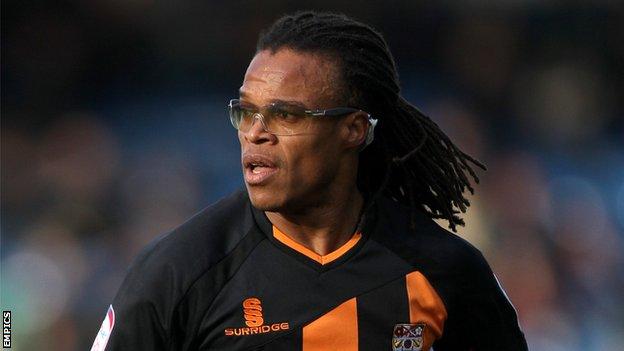 Exeter had been 2-0 up before the break through goals from captain Danny Coles and defender Scot Bennett.

Both came from corners, with Coles scoring a powerful header while Bennett poked home on the stroke of half-time.

Sub Jon Nurse gave the Bees a lifeline with a shot that went in off a post and Iro then bundled home after the home side failed to clear a long ball.

Davids had been promoted to head coach on Friday after joint-boss Mark Robson left the club.

The Bees are now four points above the League Two relegation zone, having played two games more than Bristol Rovers and AFC Wimbledon, while Exeter are four points off the play-off places.

"We could've scored four or five in the first half. I don't think we've got the confidence at the minute to win 2-0.

"It sums up where we are at the moment at home.

"We've underperformed and I would expect better.

"I'm terribly disappointed with what we've produced over the last two home games."