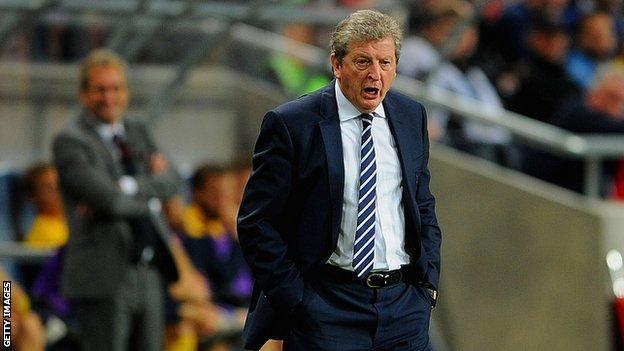 Roy Hodgson says it is not impossible for England to win the 2014 World Cup and vowed to "keep that dream alive".

But boss Hodgson told Sportsweek on 5 live: "We're far from being favourites but you've got to shy away from 'impossible' in football.

"There are plenty of events in football that you could have said were impossible but people have done it."

England won their only tournament on home turf at the 1966 World Cup, but have not progressed beyond the quarter-finals of a major event since Euro '96.

"It wasn't likely that Chelsea would become champions of Europe, especially having to change their manager mid-stream but they did it," he added.

"That was by beating Barcelona and Bayern Munich - two of the best teams in Europe, so I'd like to keep that dream alive."

Hodgson succeeded Fabio Capello as England manager in May 2012, guiding them through the group stage of the European Championship.

But they were outplayed by Italy in the quarter-finals before losing on penalties.

Speaking before the start of the campaign in September, Charlton said he felt sorry for the England manager because the influx of foreign players in the Premier League means there is a shortage of English players to choose from.

It is an argument which Hodgson rejects.

"We have a lot of quality players - you could reel 30-40 players off the top of your head quite easily and add some of these young players who seem to have a very bright future in front of them," said Hodgson.

"I think the main problems are whether the main figures are available at the right time when you need them. Do we have enough competition in the really important positions in the teams?

"I hope I never get tricked into saying that we don't have enough players or there's not enough players good enough to play for England because that would be a very sad indictment.

"I know there are a lot of foreigners in the league but there are plenty of English ones. There were seven English players playing for Manchester United the other day and they're top of the Premier League."