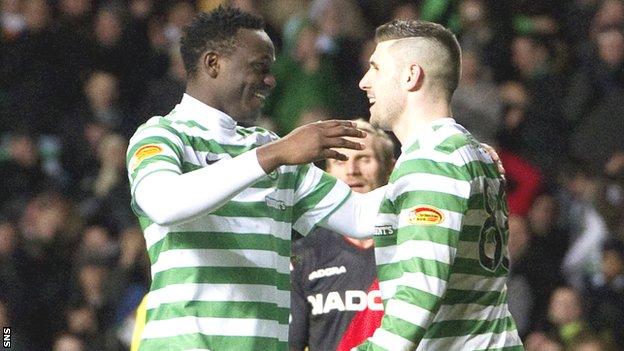 It's jingle tills for a few weeks at least on the high streets. But, in the boardrooms of Scottish football clubs, the credit crunch continues.

For all but Celtic, it will be case of shopping in the bargain basement if they are to add to their squads during January.

Indeed, most will themselves be playing host to January sales.

Celtic, almost guaranteed another league title and having qualified for the last 16 of the Champions League, appear to be the only club with any spare change to add to their squad in the transfer window.

For the rest of the clubs in the top flight, expect loan signings at best while rivals from England and further afield line up to plunder some of Scotland's brightest talents in cut-price deals.

Here's my top 20 most likely targets during January. 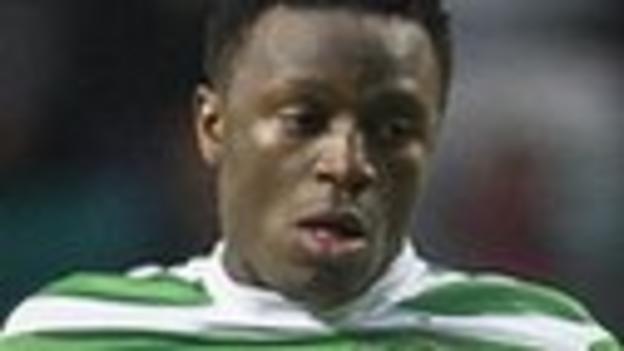 Kenya international who arrived from Beerschot in 2011 has been stalling over the offer of a contract extension beyond his current deal, which ends in 2015. Meanwhile, his strong, skilful and poised displays in this season's Champions League have heightened the speculation linking him with the likes of Manchester United, Manchester City and Arsenal. However, Celtic's progress to the last 16 is likely to reduce the likelihood of big-name departures during this transfer window. 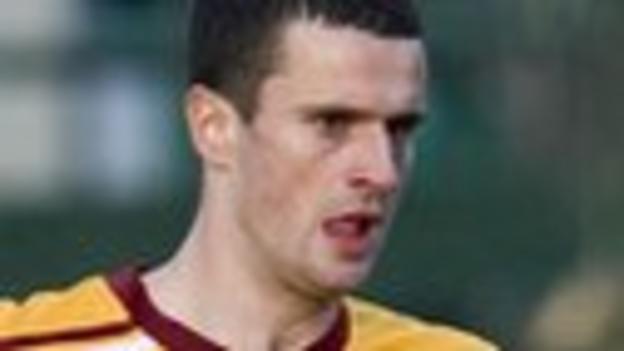 Rejected a move to Blackpool in January 2012 despite a fee being agreed with the Championship club. Lithe, speedy and versatile (he can play wide as well as through the centre), the player whose contract ends in the summer waved goodbye to the home fans after the 2-2 draw with Kilmarnock under orders from manager Stuart McCall. The player himself had been quoted as saying he might consider waiting to join Rangers next season, but it now seems like he is destined for a January exit to English football, with reports suggesting Sheffield United have already had a bid turned down. 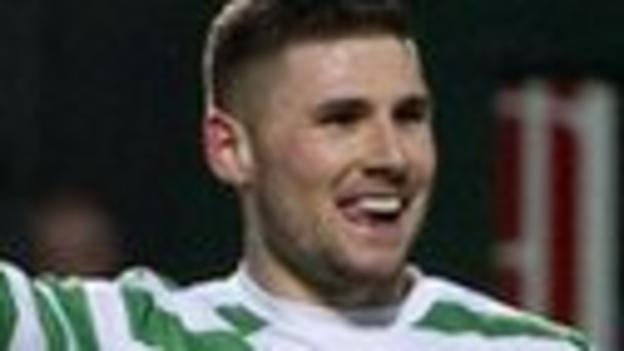 With a powerful and razor sharp finishing style that has led to comparisons with Wayne Rooney, he has had TV commentators like Gary Lineker waxing lyrical about his performances in the Champions League. Recent injury prevented the player bought from Scunthorpe in 2010 winning his first England call-up. Amid talks about a contract extension, Juventus are the latest club linked with a possible January bid along with Sunderland and Southampton. 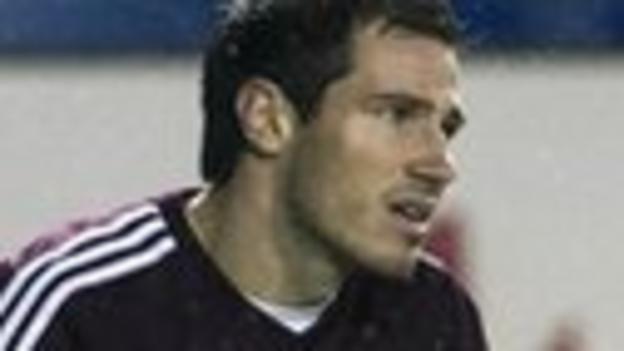 The whole Hearts squad is in the shop window with the Edinburgh club deep in financial trouble and director Sergejus Fedotovas warning of the need to sell players in January. McGowan, the much-admired but at-times ungainly 23-year-old Australia utility man who turned down a transfer to Rangers in August, probably remains Hearts' most saleable asset and heads many experts' list of likely January departures from Scottish football. 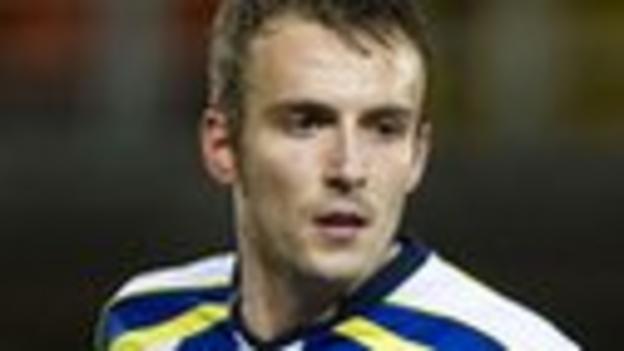 English-born, the industrious midfielder has come a long way since leaving hometown club Milton Keynes Dons for Kilmarnock as a youth. His profile rose when he earned his Scotland debut this season against Luxembourg. Derby County are the latest club to be linked with a January bid, joining Celtic, Norwich City and West Ham United as admirers of another player who is out of contract in the summer. 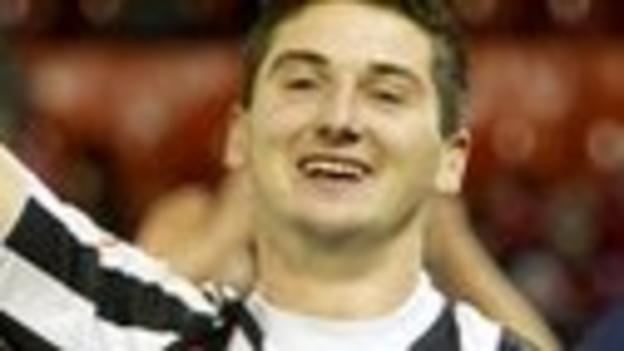 Has been the star for the Buddies this season despite their struggles near the foot of the Scottish Premier League. Skilful, elegant and dangerous from long range, he is contracted to the Paisley club until summer 2014, but manager Danny Lennon has already admitted that he is not sure how long he can hold on to the Scotland Under-21 international. Lennon says he is not interested in selling, but the central midfielder has been linked with Celtic and Championship clubs who might make an offer the Paisley club cannot refuse. 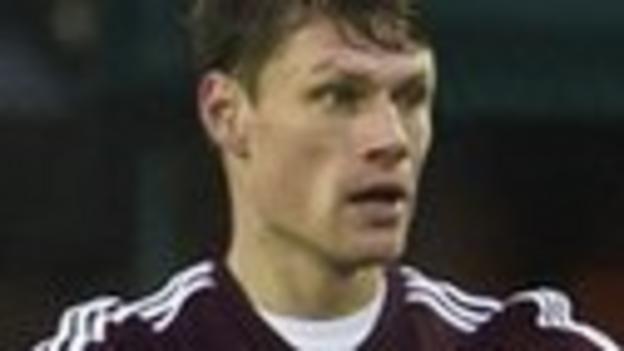 Has been with the Edinburgh club since arriving from Kaunas in 2006 and is Hearts' captain, but the hard-up club could be tempted by some of the Championship clubs apparently keen on the tough but erratic central defender who is a regular with the Lithuania international side. 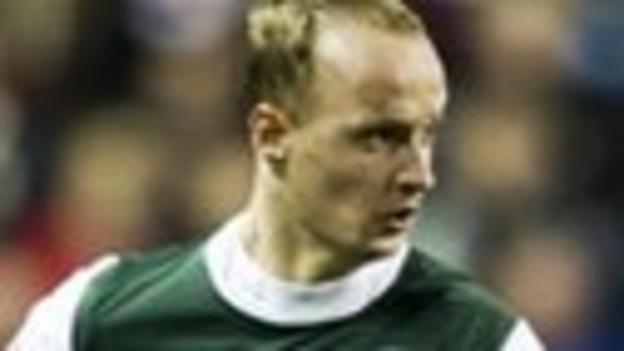 Having failed to break through under Mick McCarthy after Wolves' January 2011 purchase from Dundee, he is in his second spell on loan with Hibernian. Despite 14 goals in 20 league appearances this season and a first Scotland cap, the small, slender but terrier-like striker has been told by new Molineux manager Stale Solbakken that he not only does not figure in his plans at Wolves. Hibs fear they will be outbid by other suitors but could hold on to him until May should Wolves take up an option to extend his contract and then attempt to sell in the summer. 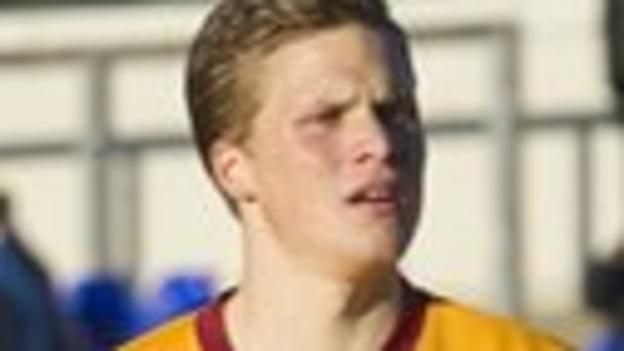 The Estonia international thrust himself into the limelight in January by bursting a few Scottish Premier League nets following his departure from Finnish club RoPS. However, having ended last season with nine goals in half a season and a call-up to his international squad, he has only added one more to his tally this term. Polish club Lech Poznan have reportedly already offered £200,000 for the pacey forward and that would be a difficult sum for the Fir Park club to turn down should it materialise. 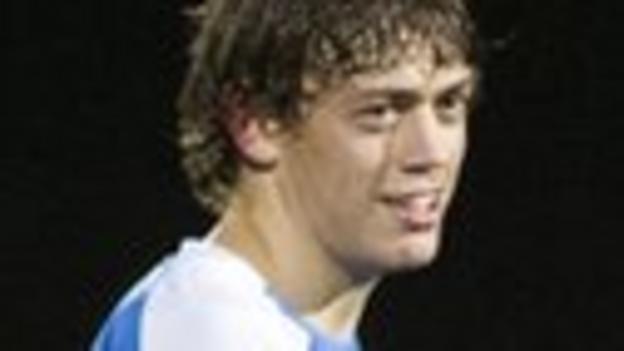 The rangy midfielder seems to have been mentioned as a potential transfer target during every window since he moved to Perth from Livingston in 2009 and received his first call-up to a Scotland squad the following year. It was not until this year that he finally won his first cap, albeit only three minutes in a friendly against Luxembourg. Saints have offered a new two-year contract to their top scorer this season, but he may think that now is the time to move on if he is ever to realise his potential as a top-class box-to-box midfielder in the mould of Steven Gerrard. Rangers are among the clubs hovering in the background. 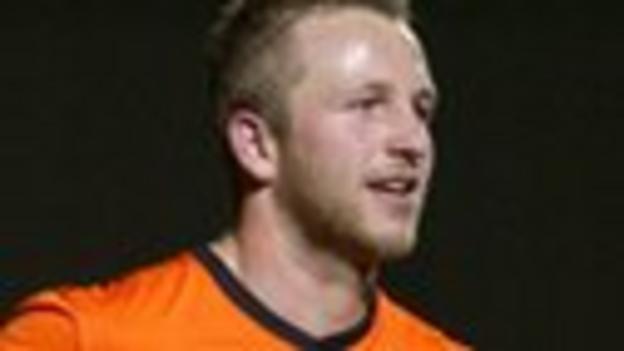 Stepped into the shoes of David Goodwillie to partner Jon Daly after the Scotland cap's ill-fated £2.8m move to Blackburn Rovers in 2011. United rate the livewire marksman, who has scored 11 goals in 22 games this term, as better than his predecessor. Celtic, Bolton, Derby, Huddersfield and Nottingham Forest have all been linked with the Scotland Under-21 international despite United's indifferent form. 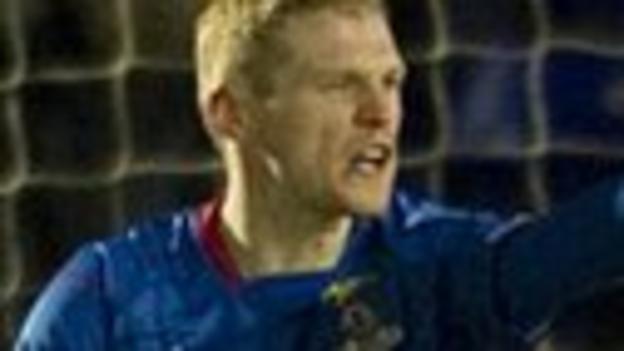 After a measly three goals last season following his arrival from Northampton Town, the diminutive former Northern Ireland Under-21 international has emerged as the driving force behind Caley Thistle's surprise challenge for the runners-up spot behind likely champions Celtic. His 18 goals have led to manager Terry Butcher, who handed the former Leicester City player a new two-year deal in the summer, issuing the proverbial "hands-off warning" to potential January bidders. 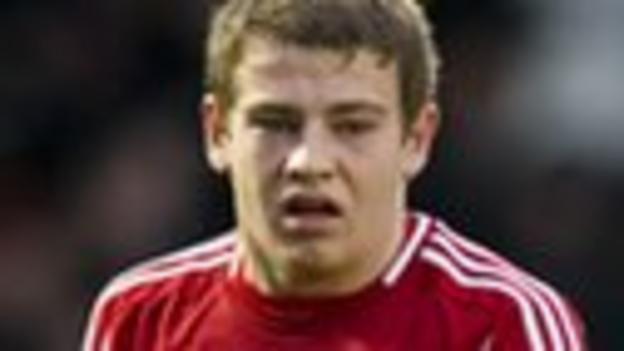 Diminutive but tricky, he grabbed his chance to be a regular on the Dons wing following injuries to Niall McGinn and Jonny Hayes. Has rejected the offer of a contract extension beyond the summer, leading to comparisons with fellow midfielder Fraser Fyvie and defender Jack Grimmer, who recently opted to leave the Dons for Wigan and Fulham respectively before exiting their teens. Wigan, again, Swansea and Rangers are among the clubs linked with the Scotland Under-19 cap. 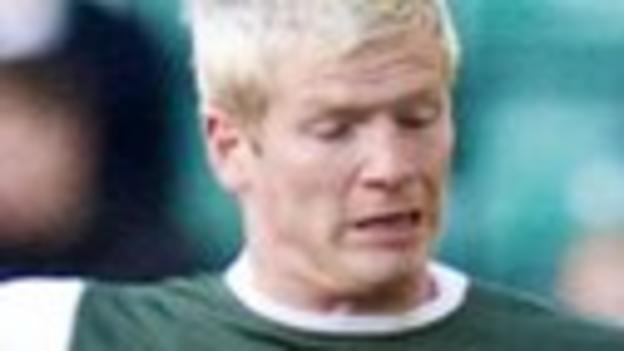 The arrival of the towering blond on loan from Manchester City was the bombshell Hibs needed to transform last season's ramshackle, relegation-threatened defence into one challenging for a place in next season's European arena. Hibs have not yet fixed up the Northern Ireland international for an extended spell at Easter Road and that may encourage rival suitors for the skilful centre-half who has had loan spells with Morecambe, Leicester City, Walsall, Crystal Palace and Bristol City. 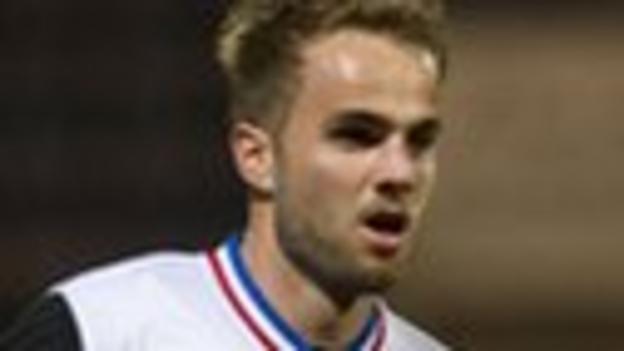 The attacking midfielder who arrived at Caley Thistle from Rangers in 2011 will have attracted more interest after making his Scotland debut against Luxembourg. Is among those who have not yet followed his brother Graeme's example by signing a contract extension beyond the end of the season. 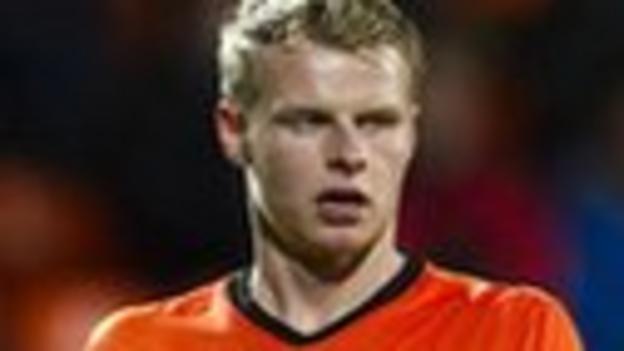 His at times mesmeric wing skills lit up the Scottish Premier League last season after the Scotland Under-21 international's move from Airdrie United. Progress this season has been interrupted by recent injury, but that has not prevented the former Liverpool youth being linked with Nottingham Forest in a double deal involving team-mate Johnny Russell. 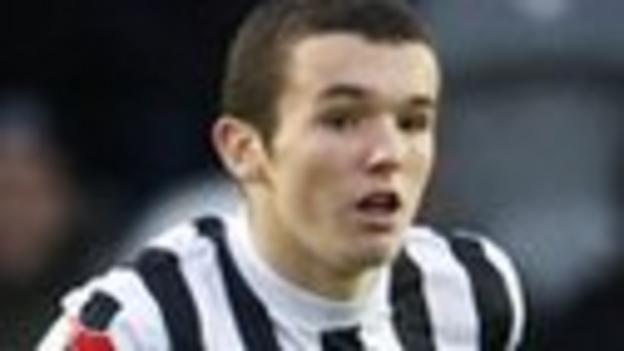 Has outshone much-touted team-mate Kenny McLean in recent weeks having broken into the Buddies' midfield in October. Manager Danny Lennon rates him as a better prospect than brother Stephen, who left for Watford in 2010. Might be too soon for some to make a decision on the teenager who resembles Paul Scholes in style, his lack of stature being compensated by plenty of endeavour, economic passing and bursts into the penalty box. Then again, a lack of first-team action did not prevent Fulham pouncing for Aberdeen defender Jack Grimmer last January. 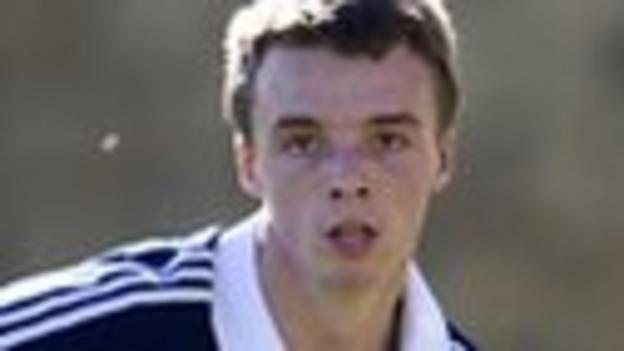 Was apparently released by Hibernian for being too small, Dunfermline Athletic decided against an offer after a trial but has blossomed at Livingston and recently made his Scotland Under-21 debut. Has only scored three times this season but is much-admired by watching scouts, although the requirement of a transfer fee to prise him from Almondvale almost certainly means any imminent move would not be to another Scottish club. 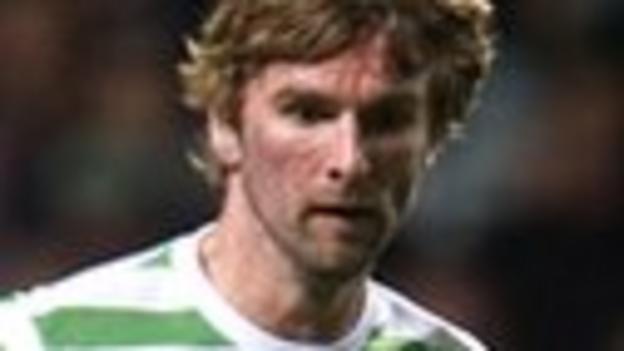 The sometimes magical winger has again been used sparingly, mainly from the bench, by Celtic manager Neil Lennon. Having just turned 29, he could be keen to move on in search of regular game time and Crystal Palace have been linked with a loan move. However, the enigmatic Northern Ireland international often appears content to remain a bit-part player in Glasgow. 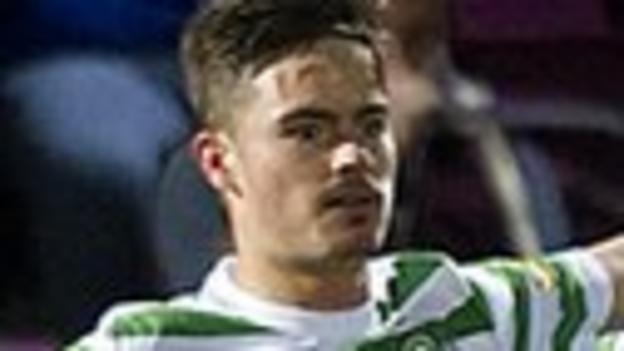 Russian big-spenders Rubin Kuzan are reportedly preparing a January bid for the Sweden international. However, he has only been at Celtic Park for 13 months and has found his form this season as he battles with Adam Matthews for the right-back spot. The player himself says he would prefer to remain at Celtic Park rather than chase Rubin's roubles.