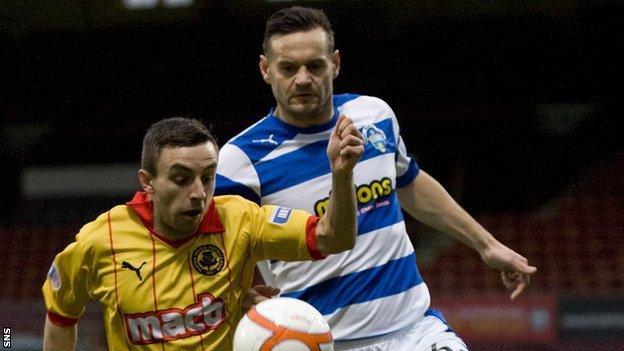 Morton moved up to second in the league after coming from behind to end league leaders Partick Thistle's 100% home record.

Steven Craig headed Thistle into a 28th-minute lead from a Steven Lawless cross.

But Morton levelled on 64 minutes when Martin Hardie lashed into the net from close range after Graeme Smith had parried Anthony Wallace's effort.

The hosts were then reduced to 10 men as Ross Forbes picked up a second booking and Scott Taggart fired into the top of the net for the visitors' winner six minutes from the end.