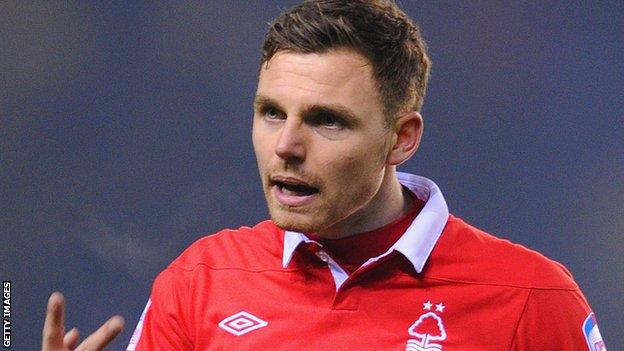 Winger Paul Anderson is hoping to keep his place in the Bristol City starting XI after a "frustrating" season so far.

The 24-year-old arrived at Ashton Gate from Nottingham Forest in the summer but has made just one start - in Saturday's 1-1 draw against Ipswich.

"I hope I've done enough to keep my name on that team sheet," he told BBC Radio Bristol.

Anderson came through Hull's academy before joining Liverpool, where he spent three years but failed to make a first-team appearance.

Anderson has played 164 minutes of football since signing for Bristol City, in eight appearances

He spent the 2007-08 season on loan at Swansea, where he scored 10 goals in 41 appearances, and joined Nottingham Forest the following year.

The left-sided player signed a permanent deal with the Championship club in 2009 and played 104 games before his release in May.

Anderson secured a two-year deal with strugglers Bristol City, but has failed to play a full 90 minutes so far.

"It was a little bit of a disadvantage that I signed late on in the transfer window," he added.

"I didn't get any time to get a game under my belt or the opportunity to show the manager what I can do.

"I've been biding my time and continue to work hard. It's all about the team now and I just want to offer what I can to get us away from the drop-zone."