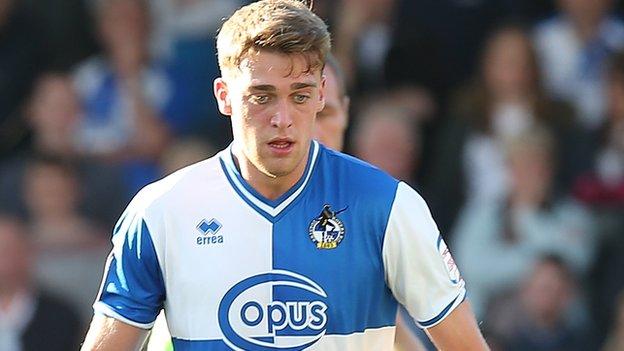 Bristol Rovers have confirmed Bolton's Tom Eaves will not be extending his loan, while Derek Riordan has returned to his native Scotland.

Both forwards were signed by former manager Mark McGhee on 27 September.

Riordan, 29, was handed a short-term contract until Christmas but failed to score in 12 appearances for Rovers.

Eaves signed a three-month loan deal and, although the Pirates had hoped to keep hold of the 20-year-old, his parent club have opted to retain him.

He has scored seven goals in 16 appearances and his final game for the League Two side will be against Aldershot on Boxing Day.