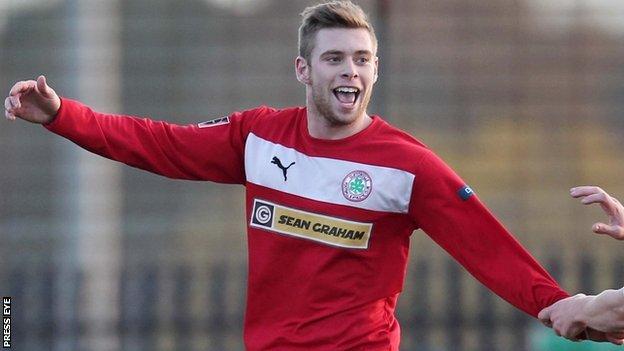 Cliftonville teenager James Knowles is out of the top-two Premiership clash with Crusaders at Solitude on Boxing Day because of an ankle injury.

The midfielder sustained ligament damage during a reserves outing.

Crusaders, who trail the Reds by six points, are missing the banned Jordan Owens for the north Belfast derby.

"One stroke of quality may be decisive in what should be a close game - someone has a chance to become a hero," said Crues boss Stephen Baxter.

Michael will be joined by Liam Beckett while Joel Taggart and Scott Young provide commentary for the top-of-the-table clash between north Belfast rivals Cliftonville and Crusaders.

There are also reports from the other five festive fixtures, including the Big Two encounter between Linfield and Glentoran.

Philip Lowry is an injury doubt along with Michael Gault, who is available again after sitting out the Crues game through suspension.

The task for Ballymena is made more difficult by the suspension of Alan Davidson and Tony Kane.

DC will also be without another Shane Dolan who left the club over the weekend.

Glenavon will move above Portadown if they win the Mid Ulster derby at Shamrock Park.

The Ports will be without suspended pair Gary Breen and Darren Murray.

Ballinamallard midfielder Conor O'Grady returns for the Stangmore Park meeting with Dungannon Swifts after recovering from an ankle.

A hat-trick for the reserves earns striker Liam Martin a recall to the squad but Mark McConkey (knee) and Stuart Hutchinson (groin) are long-term absentess.