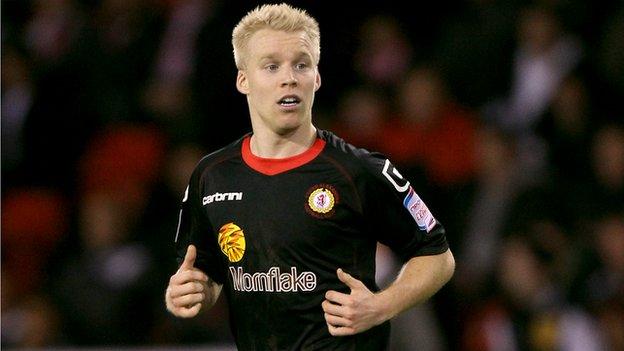 On-loan Lauri Dalla Valle grabbed his first goal since November to keep Crewe in touch with the play-off places.

The striker nodded the ball over Mark Gillespie after the Carlisle keeper had blocked Bradden Inman's initial shot following an error by Danny Livesey.

The visitors went close after the break when Lee Miller's header forced a superb save from Steve Phillips.

And Crewe's Matt Tootle then had to clear off the line before Carlisle sub Rory Loy blazed over from eight yards.

"I'm upset and I'm angry, The last two away games, we should be sitting here with six points and we've got nothing.

"That's the fine line between being a really good side and barging your way up the league and being a side that will find life difficult.

"You have to win your games when you play like that and today was another game we should be winning.

"Danny (Livesey) goes to head it, misses it and falls over. It's an error, they're the things that have been carving us up, we've seen it too often. We're going to get known as great losers unless we're very careful."