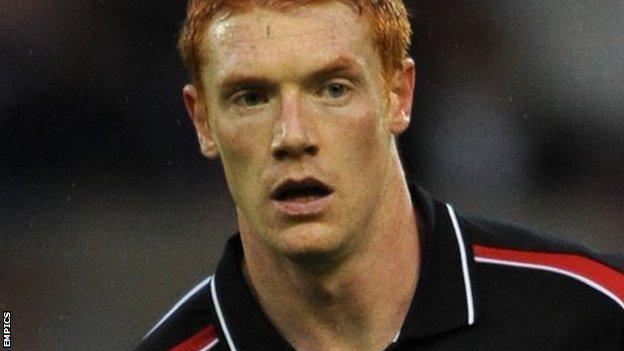 Doncaster looked certain winners after Billy Paynter scored from the spot and David Syers headed his third goal in successive games after the break.

Nick Blackman reduced the arrears when Joe Ironside was brought down in the box by substitute Andy Griffin.

Paynter was then sent off for a foul on Tony McMahon and Kitson fired home after Matt Hill's shot struck a post.

His goal kept United second in the table and denied Rovers a third victory over the festive period, as well as leaving them to count the cost of failing to take maximum points at the Keepmoat Stadium, where they have only won five out of 12 matches so far this season, compared to nine away from home.

"We could have been six or seven nil up and they never had a shot on goal until a couple of minutes.

"The referee gives them a penalty, it's never a penalty I've seen it again and it's an outrageous decision.

"Then the referee sends Billy Paynter off, he says Billy kicked out, but he's just untangled his legs."

"We were on the back foot in the large part of the game but we stuck in there. I was pleased with the last half hour as we put a lot of tempo in our game.

"All of a sudden you can see the back line dropping and you know you're getting a foothold in the game.

"Thankfully we got a good penalty at a good time.

"It's a great point from our point of view, I know that but I wouldn't say that from their point."