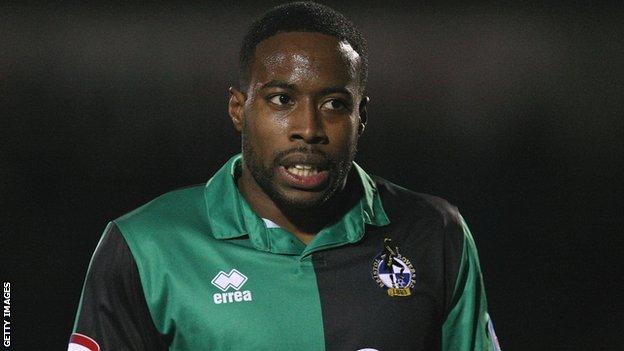 Bristol Rovers picked up a crucial victory over relegation rivals Plymouth, a result that got Argyle manager Carl Fletcher sacked.

Both the Rovers goals came from Fabian Broghammer corners - the first a Joe Anyinsah volley and the second when Matthew Lund found the top corner.

Plymouth pulled one back when Durrell Berry's deep cross was fired home by Conor Hourihane.

Hourihane had a chance to level but he hit the outside of the post.

Bristol Rovers manager John Ward was on the verge of joining Plymouth as director of football last month before the Pirates made their move.

"[Owner] James Brent has just done it, that's my last game today so that's me got the sack. We'll have to wait and see what the future brings.

"Since I've been down here we've been through a lot, that's football really. I might be a young manager but I know if you don't win games you don't keep your job.

"It's been a tough four years. It's obviously disappointing to end this way but that's life and that's football. It'll be nice to spend some time with the kids and the family and get away from it all.

"The way your life gets overtaken when you're a manager, it's very hard to deal with, and it's been a really good learning curve for me."