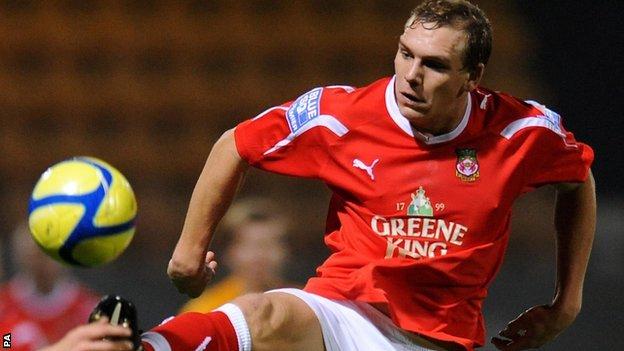 Wright hit the back of the net on 24 minutes before sub Cieslewicz came on to add a late second with a deft touch to guide home Nick Rushton's assist.

Andy Sinton's Telford were unable to muster a reply as their winless league run was stretched to 10 matches.

Wrexham's win helps them climb above second-placed Newport in the table.

Andy Morrell's men completed a double over Telford inside seven days, following their 4-1 Boxing Day win over the Bucks at the Racecourse Ground.

Telford have slumped to 20th in the table, kept out of the relegation zone only on goal difference.

"We knew it was going to be hard, but it was a solid, professional performance.

"We got the goal with Danny in the first half and I didn't think we were brilliant up to that point. There was a little relaxation after that.

"Second half, I thought we were dominant, especially when we got the second goal. The pleasing part is we've come away with a clean sheet."