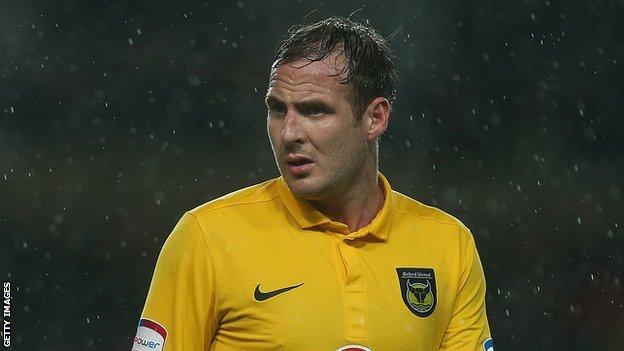 U's midfielder Peter Leven scored the only goal, his third penalty against the Robins this season, after Tom Craddock was clipped in the box.

Michael Duberry and Alfie Potter both fired wide chances for the U's.

Billy Jones went close for Cheltenham with a free-kick and Sido Jombati headed over, but United held on for a fourth win in a row.

Oxford are now unbeaten in 10 games, a run that has taken them from near the relegation zone to five points off the play-off places.

"I thought we were the better team. I'm not going to moan too much, but apart from a bit of quality, we were the ones trying to make all the play.

"We've huffed and puffed at the end and had a go and I can't complain at the lads' effort. It was a tough game but I'm pretty pleased with my side.

"We've had quite a few chances at the end but we've not managed to make one tell, it's a tough place to come."