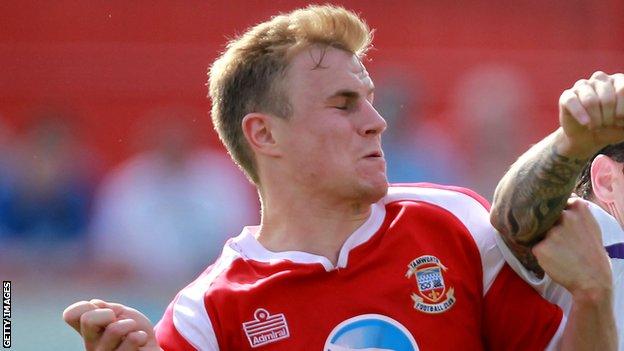 Richard Tait's first goal in over a year helped Tamworth come from behind to beat 10-man Nuneaton Town.

The visitors took the lead when Neil Cartwright set up Simon Forsdick to fire them ahead in the 18th minute.

But Scott Barrow levelled from close range on the stroke of half-time, and Nuneaton's Gavin Cowan saw red after an altercation in the tunnel at the break.

Having netted his second in two games, Barrow then crossed for Tait to head in his first goal since Boxing Day 2011.