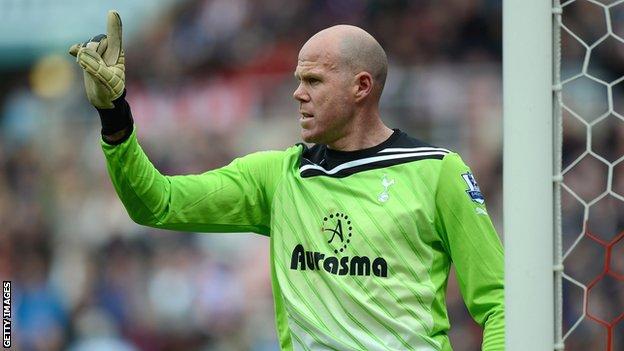 Tottenham Hotspur goalkeeper Brad Friedel has agreed a new contract which will keep him at the club until 2014.

Friedel, who joined Spurs from Aston Villa in 2011, has made 49 appearances for the London side and will be 43 by the end of the new deal.

The US international, who has 82 caps, has lost his place as first-choice keeper to Frenchman Hugo Lloris.

He has played in the Premier League since 1997 and has also had spells with Liverpool and Blackburn.

Friedel remains the only Premier League player to make more than 300 consecutive starts and at 41 is currently the oldest player in the division.

He came to England in 1997 with Liverpool and moved to Blackburn three years later, making more than 300 appearances for the Ewood Park club.

Aston Villa bought him for £2.5m in 2008 and he stayed at Villa Park for three years before his move to Spurs.