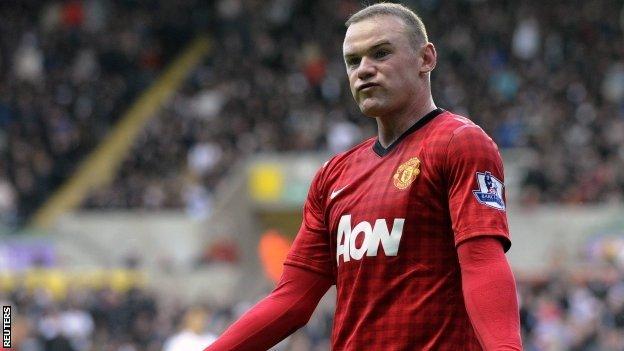 The 27-year-old suffered a knee injury during training ahead of United's Boxing Day match against Newcastle.

The league leaders hoped the England forward would be back within two weeks.

But Ferguson said: "It is not serious, but it is going to take longer than we thought, probably another two weeks. He won't be fit for Liverpool."

Rooney, who has scored seven goals in the league this season, was replaced by Javier Hernandez who scored in the 4-3 win over Newcastle.

The Mexico international and leading scorer Robin van Persie then scored two each as the Red Devils eased to a 4-0 win over Wigan on New Year's Day.

Victory helped them maintain their seven-point lead over Manchester City.

There was better news on the injury front for Ferguson though, who revealed that winger Nani was back in training.

The Portugal international has recovered from a hamstring problem which has kept him out for two months.