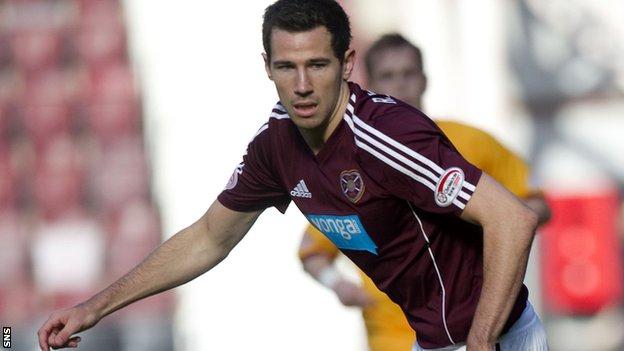 McGowan had been given permission to travel to China after a fee was agreed between the two clubs.

And the 23-year-old spent five days with the club before returning to Edinburgh to finalise the deal.

Hearts manager John McGlynn said earlier this month McGowan would be "a big miss", having played 25 times for the club this season.

"It's disappointing to lose him but if good offers come in we need to accept them," added McGlynn.

"He's been a massive influence both on and off the pitch. He's a really, really good character."

The full-back attracted interest from a number of clubs in the Far East as well as England and Europe, with the fee from the Chinese club believed to be about £400,000.

Since joining Hearts in 2006, McGowan has had loan spells with Partick Thistle and Ayr United.

However, over the past two seasons he has established himself as a first-team regular at Hearts.

He won his first Australian senior international cap in the friendly defeat to Scotland in August.