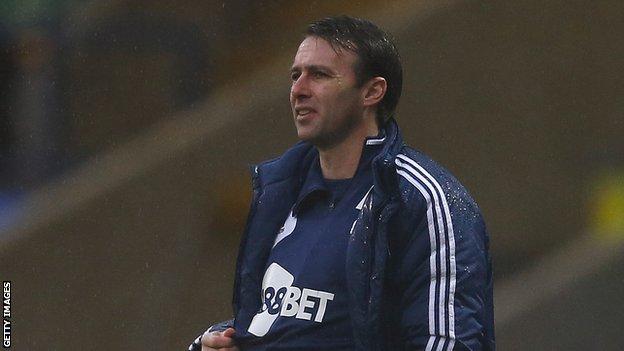 Wanderers were on Boxing Day, four days after a

Freedman told BBC Radio Manchester: "The attitude is fine. I think it's the understanding of the division.

"You can't just turn up and expect to win because you've had some Premier League experience. You have to do the small things correctly."

Bolton are playing in the second tier for the first time since 2000-01 after suffering relegation from the Premier League in May.

After a sluggish start under Owen Coyle, their fortunes appeared to be turning when Freedman, started his reign at the Reebok Stadium with a six-game unbeaten run.

But they have now lost three of their last five games and have slipped to 16th in the Championship table.

There was a negative response from a section of the home supporters after the defeat by Wednesday, a reaction that the former Crystal Palace boss could understand.

He continued: "I think they [the fans] are going through a transition right now, the same as the players.

"They've had Premier League football, they've come down and expect to come back up and it's not happening.

"It's a case of everyone sticking together and making sure we keep on going.

"I'm a football fan as well and I can completely understand it. I've always said that, at the end of the match, if you want to show your frustration, that's fine.

"All we ask is for them to get behind the team and I felt they did that."