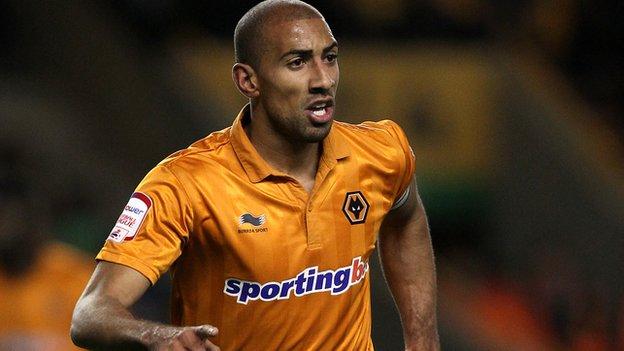 Wolves skipper Karl Henry admits that his team were "rubbish" in the 3-0 Boxing Day home defeat by Peterborough.

Since returning from suspension, Henry had helped Wolves arrest their flagging season with a run of three wins in four games, but he admits that they may not have taken struggling Posh seriously.

"The last four games we've been very good, but today we were rubbish."

Wolves picked up just three points out of a possible 27 in October and November.

After victories at Bristol City and Blackpool either side of a gritty home win over neighbours Birmingham City and a luckless last-ditch defeat at Middlesbrough, it appeared that Stale Solbakken's side had turned their season round just in time for this Saturday's return of Mick McCarthy to Molineux - with improving Ipswich Town.

But Henry, who was making his 250th Wolves appearance on Boxing Day, admits: "We let ourselves down, we let the fans down and we let the manager down.

"We've started to make a little progress and then we can go and perform like that.

"We need to look at ourselves and buck our ideas up."

Henry also insists that McCarthy's presence back at Molineux for the first time since his sacking in February after five and a half years in charge adds no extra spice to Saturday's game.

"I don't think we want to beat Mick McCarthy's team any more than anyone else's," added 30-year-old Henry, who has another three and half years left to run on his extended Wolves contract.

"Right now we're embarrassed about where we are in the league and we need to do something about it.

"When we got relegated everyone expected us to be up at the top. And so did we.

"But it's as big a transition coming down, probably bigger, as it is going up.

"There's a way to play in the Championship. We got promoted and we didn't change enough when we got to the Premier League. We weren't quite good enough.

"And now we've come back down, I don't think we've got what it takes to win the Championship.