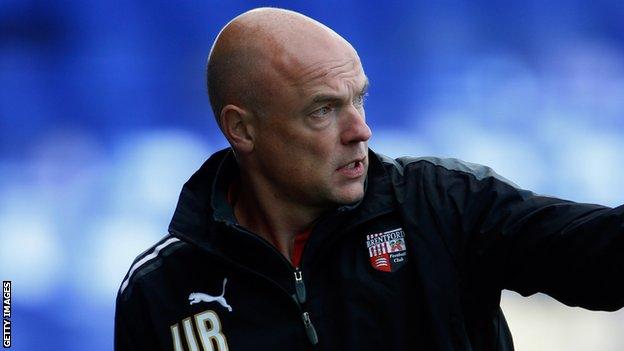 Brentford manager Uwe Rosler has urged his players to carry their promotion push into the second half of the League One campaign.

The Bees currently lie third in the table, two points off leaders Sheffield United, with a game in hand.

Top of League One

He added: "We don't have to worry about the teams we play against or the stadiums where we play.

"I have said to the players that we have to find out for ourselves if we have what it takes to stay up there permanently."

Brentford extended their unbeaten run in the league to 10 games with a 3-1 win at Colchester United on Boxing Day.

"We started fantastically. Too well, to be honest," Rosler continued. "The two goals came too early, we felt we had already won it and got a little bit sloppy. We didn't use the ball as well as we can.

"In the second half we were the better team and overall, there were not many chances for them."

Meanwhile, Brentford keeper Richard Lee has signed a one-year extension to his contract, keeping him at Griffin Park until the summer of 2014.

The 30-year-old has made 80 appearances in all competitions since joining from Watford in 2010.