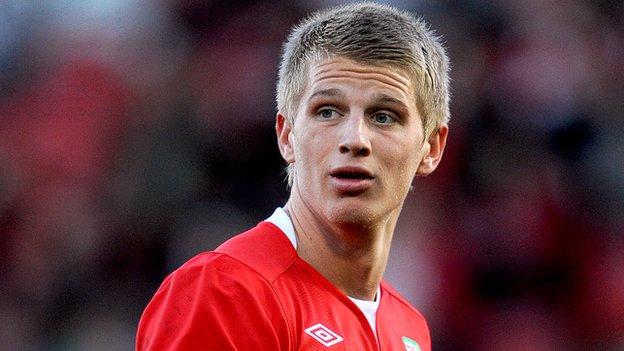 Shrewsbury Town could be without striker Ryan Doble until well into the new year with a broken hand.

The Wales Under-21 international is expected to be out for up to six weeks after suffering the injury in training.

Doble, let go by Southampton following promotion to the Premier League, has made just four substitute appearances since signing in the summer.

"He's broken a bone in his hand and I'm told it's a spiral fracture, which is complicated," said boss Graham Turner.

"He was due to have it put in plaster and he could be out for somewhere between three and six weeks.

"It depends what sort of plaster cast they put on it. Some players play with a light one and so we'll have to see how that works out," he told Town's club website.