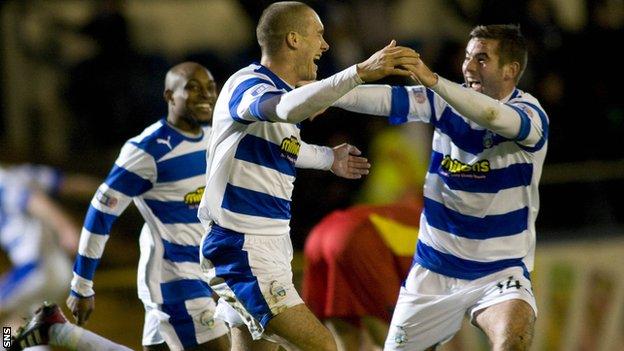 Morton moved to the top of the Scottish First Division table after a Michael Tidser brace secured a win against Dunfermline at Cappielow.

Callum Morris connected with Josh Falkingham's corner to head the visitors into the lead after just nine minutes.

However, Allan Moore's side levelled on the stroke of half-time when Fouad Bachirou capitalised on a loose ball in the penalty area to net his first goal of the season.

Tidser completed the turnaround for the home side in the 56th minute, taking Bachirou's pass in his stride before unleashing a fierce strike into the bottom corner.

Peter Weatherson then gave the Ton a two-goal cushion with a simple tap-in.

Ryan Wallace's 77th-minute volley grabbed a goal back for the Pars, but Tidser stroked home his second of the afternoon in the closing moments to secure the hosts' victory.