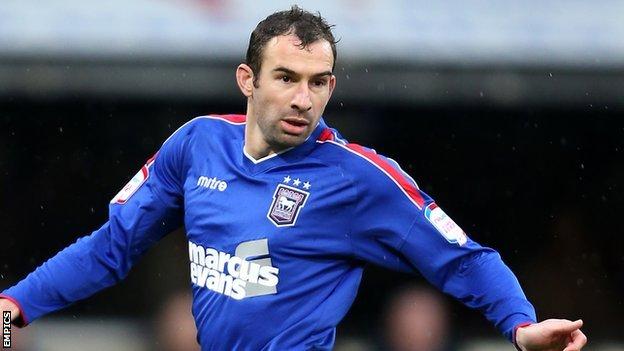 Ipswich Town boss Mick McCarthy has said he expects to extend defender Danny Higginbotham's loan spell from Stoke City until the end of the season.

The 33-year-old joined Town in September and has played 12 times.

McCarthy is eager to finalise a deal in January for Higginbotham, despite not using him for five weeks.

"I spoke to Tony Pulis [Stoke manager]. He's happy to do that and Danny is as well. So we just need to tie that up," he told BBC Radio Suffolk.

Higginbotham's last Ipswich appearance came in a 1-1 draw against Peterborough on 24 November, with McCarthy since preferring a central defensive partnership of Luke Chambers and Tommy Smith.

It is a combination that has helped Town to four wins from their last six games.

"Danny started well against Birmingham [McCarthy's first game in charge]. And by his own admission didn't play as well in a couple of the other games and I made a change," said the Ipswich manager.

"I was looking at other players and Chambo and Tommy have been excellent together. So he's been pushed down the pecking order.

"But he's alright, he wants to fight for his place and I imagine we'll keep him for the rest of the season."