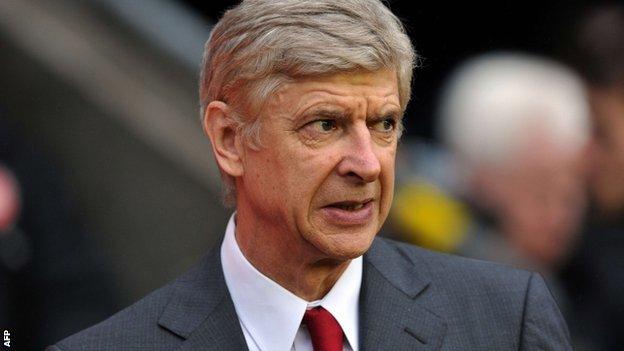 Ba, 27, has been in good form for the Magpies this season with 11 goals to add to the 16 he scored last term.

Newcastle boss Alan Pardew admitted on Thursday that Ba would be sold if he did not remove the reported £7m release clause in his contract.

The Frenchman added: "I don't think [this] is the right place to speak about that, because he plays against us [on Saturday].

"I wouldn't like to put Newcastle or us or him in an uncomfortable position."

Arsenal are one of a number of clubs who have been linked with the Senegal striker who joined Newcastle on a three-year deal from West Ham in June 2011.

Meanwhile, Wenger also says he still has not ruled out re-signing striker Thierry Henry for a third time on a short-term loan deal.

The Frenchman, who scored twice in seven appearances last season while on loan from the New York Red Bulls, has been training with the club since the end of the MLS season.

But Wenger remains hopeful about keeping Theo Walcott, whose contract expires next summer and who is yet to sign a new deal at the Emirates.