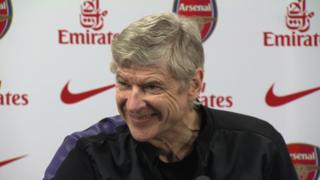 Ferguson should be punished - Wenger

Arsenal boss Arsene Wenger believes Sir Alex Ferguson should be punished for his behaviour on the touchline during Manchester United's 4-3 win over Newcastle.

Manchester United manager Ferguson was furious with referee Mike Dean and assistant Jake Collin after Newcastle's second goal and confronted the pair during the match and at half-time - but the Football Association said it will not punish Ferguson for the incident.

Wenger says Ferguson was wrong to confront the officials, but admits he has not always behaved on the touchline himself and that managers can "sometimes go overboard".