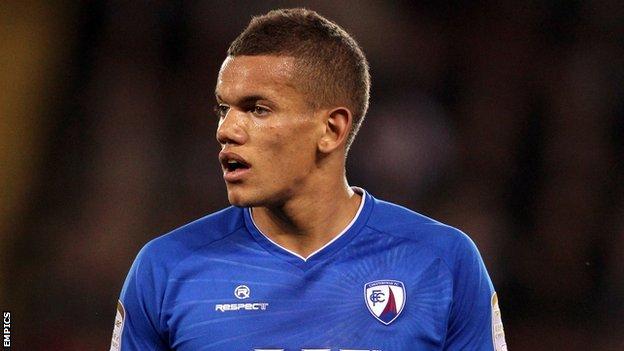 The 21-year-old joined the U's on loan in November and has played five times, but is suspended for Saturday's visit of Swindon.

He joined Pompey from Celtic in the summer but made just two appearances for the south coast club.

Colchester have already confirmed Portsmouth winger Jack Compton will join them in the new year.

"Like Jack, Josh is a hungry young player who wants to better himself and I am delighted to get him in on a more permanent basis," U's boss Joe Dunne told the club website.

"He has shown he is a player with tremendous ability and he has the potential to improve even further. He's a very good signing for us."