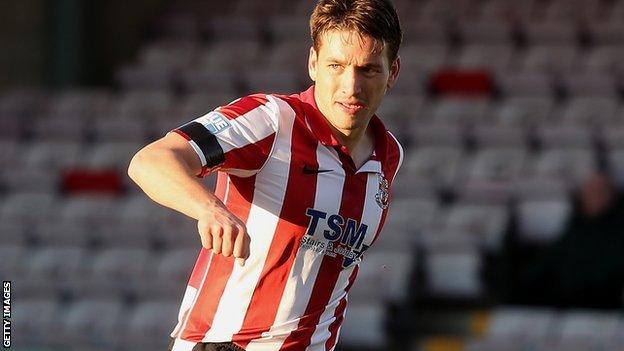 Lincoln City duo Peter Gilbert and David Preece have extended their contracts until the end of the season.

Gilbert, 29, initially joined the Imps on non-contract terms in October before signing a deal until 2 January.

The former Wales Under-21 international has made nine league appearances for David Holdsworth's side.

Preece, 36, joined on non-contract terms earlier this month and made his debut in the 4-2 win over Dartford.

He will combine his playing role with a coaching position at the club.

The Imps fell to a 4-1 home defeat by neighbours Grimsby on Boxing Day and host Gateshead on Saturday.