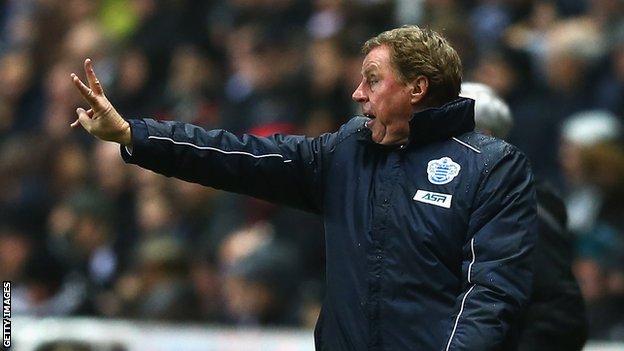 The Football Association has written to Harry Redknapp and Roberto Mancini over their criticism of referees.

Manchester City boss Mancini accused officials of missing a foul on Pablo Zabaleta in the build-up to Adam Johnson's winner in the 1-0 defeat at Sunderland.

Both could be charged with improper conduct.

The FA sent letters to both managers, requesting their observations on their post-match comments.

Redknapp, whose side slipped back to the bottom of the table, argued that goalkeeper Rob Green was obstructed before he pushed the ball into his own net for West Brom's decisive second goal.

Mancini criticised referee Kevin Friend, questioning whether "maybe the referee ate too much for Christmas", and claimed what he thought was a foul on Zabaleta was so blatant it was "impossible two men couldn't see it".