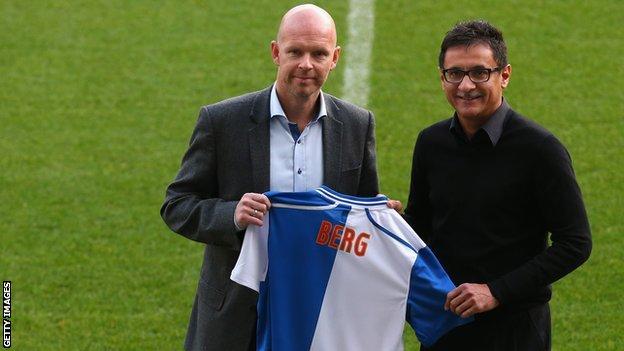 Rovers, lying 17th in the Championship, sacked Henning Berg on Thursday after only 57 days in charge at Ewood Park.

"There have been no appointments made, nor will there be in the immediate future," Singh told BBC Radio Lancashire.

Berg replaced Steve Kean on 31 October but the club won only one of their 10 matches during his time in charge.

Former Blackburn managers Mark Hughes and Kenny Dalglish have been linked with the vacancy, while former Aston Villa first-team coach Kevin MacDonald is also likely to be a candidate.

Singh approached MacDonald in November about the possibility of him becoming Berg's assistant.

Brown has been out of management since his departure from Preston North End in December 2011.

The 53-year-old was expected to take over at Hartlepool United in November, but negotiations stalled and the club appointed John Hughes instead.

"My CV is certainly going in - I think it is a fantastic opportunity for somebody," Brown told BBC Radio 5 live.