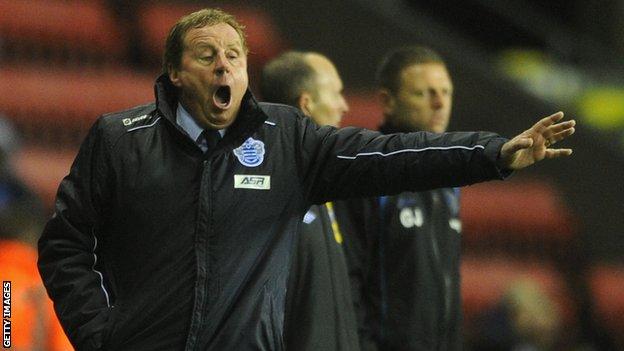 Harry Redknapp insists Queens Park Rangers will not panic buy in January in a bid to lift themselves off the foot of the Premier League table.

The London club are six points adrift of safety ahead of Sunday's meeting with Liverpool and Redknapp admits he needs new additions in the window.

Former QPR manager Mark Hughes made 11 signings in the summer.

"If I can't bring in people who I think can do the job for us, then I won't bother," said Redknapp.

"There's no point signing players for the sake of it."

"I've got to sign people in the right positions who can help us. If we can't do that, we may as well sit tight and see what happens," he said.

"If we can get one or two in, we'll give ourselves a chance. That's what I'm looking at."

Redknapp is unsure about the future of defender Jose Bosingwa - who refused to sit on the bench against Fulham on 15 December and was fined two weeks' wages - but insists he does not want to sell any players until he makes some signings.

"We'll have to look at that and see how we're going in January. I won't shift people out unless I get some in," he added.