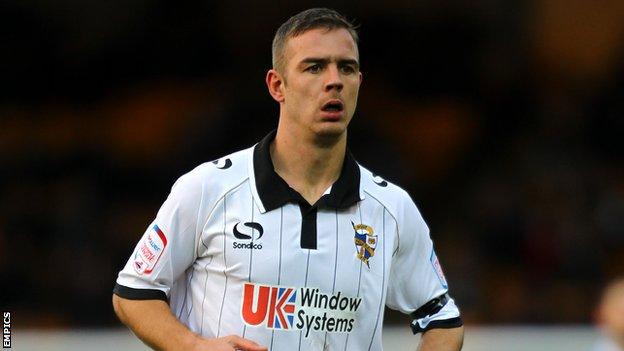 Managerless Plymouth dropped into the League Two relegation places as they lost 4-0 at second-placed Port Vale.

Jennison Myrie-Williams put Vale ahead with a low 20-yard shot and Argyle striker Nick Chadwick was then sent off for an incident with Ashley Vincent.

Tom Pope headed in from Rob Taylor's cross to double the Vale lead.

Ben Williamson made it 3-0, prodding home Pope's pass, before Pope sealed the win, blasting in a shot inside the post for his 25th goal of the season.

"I decided not to worry and to concentrate on today, to make sure that everything was right and we were prepared properly.

"There's no time to worry in football, just enjoy what you are doing now.

"We felt the pressure was mounting and that our performance could improve.

"We started the game really well, but then we were down to 10 men."